In this article, we have collated a list of speeches on poverty to inspire the fight against poverty and also help you create wonderful content about poverty. These speeches on poverty were made by influential voices addressing the ever existing social issue, poverty.

Here are the 5 speech on poverty to inspire you to fight against poverty:

1.) Former U.N Secretary-General, Kofi Annan, Address on the International Day For The Eradication Of Poverty, 17 October.

In this address, Kofi Annan highlighted the need of working together to end poverty. He said: “But poverty is an old enemy with many faces. Defeating it will require many actors to work together.”

On September 2011, the former U.N Secretary-General, Ban Ki-moon, gave a speech at the 66th General Assembly. In that speech, Ki-moon linked the fight for poverty to some important social issues. In his words: “Saving our planet, lifting people out of poverty, advancing economic growth … these are one and the same fight.”.

“We must connect the dots between climate change, water scarcity, energy shortages, global health, food security and women’s empowerment. Solutions to one problem must be solutions for all.” Ban Ki-moon also said in the speech.

The former president of South Africa made an important point that poverty doesn’t only affect those who can barely provide their necessary needs but everyone, rich and poor. Mandela said: “As long as poverty, injustice and gross inequality exist in our world, none of us can truly rest.”

In Sienicki’s inspiring TEDx speech, she offers an efficient way to ending poverty. Sienick tells the world that we need to not just treat the symptoms of poverty, but treat the root causes of poverty.

Sienicki argues that one can end poverty by bringing equity and reforming systems in communities.

In 1964, in a Nobel Peace Prize lecture which took place at Oslo, Norway, renowned American activist, Martin Luther King, Jr. spoke about poverty. He called on nations to end poverty. Martin Luther King Jr also argued that there’s no deficit in human resources but human will in the fight against poverty.

At a town hall in America, in the year 2005, Jamaican-American singer, songwriter, activist, and actor  dubbed “King of Calypso”,  Harry Belafonte gave a wonderful speech about poverty in America. Though, he was talking about poverty in America he made important points as regards to poverty. “We have to look at ourselves because I think the last frontier of truth and hope in this country are the people themselves.” Harry Belafonte says, calling for people to realize that we can bring the change we want. 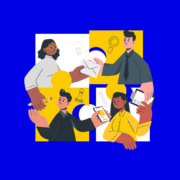